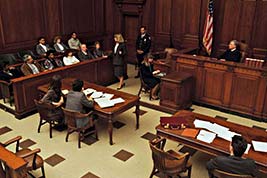 The power of Polygraph, Lie Detection, and Lie Detector Examinations for defense attorneys has little or nothing to do with its admissibility. Rather, the power is found daily in negotiations and case building outside of the courtroom.

So much of the discussion surrounding polygraph examination and the law revolves around admissibility. The quick answer to the admissibility question is that polygraph results are sometimes admitted as evidence in court and many times are not.

But all that discussion really misses the point. Why worry about the courtroom when the vast majority of criminal cases never see the courtroom?

Wise attorneys have learned to utilize Polygraph, Lie Detection, and Lie Detector Examinations to aid in their case prior to trial, many times making a trial no longer necessary. Polygraph examinations can and has been used successfully to:

• Convince the prosecutors the charges against your client are unfounded

• Diminish the credibility of the prosecutor’s witnesses

Question? Email Us or Call (800) 497-9305. Due to complexity to different situations I do not quote price by email. Please call for pricing.

It is worth the fight.

In an article from Champion Magazine, the publication of the National Association of Criminal Defense Lawyers, Charlie Daniels states: 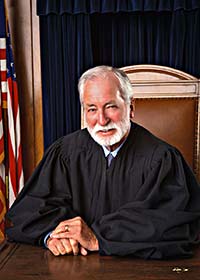 “Polygraph evidence, like any other evidence admitted in our courts day in and day out, is not infallible. It will rarely win a case in and of itself, and it always has to be one component of an entire defense presentation. In appropriate cases, however, it can be such an important part that it can mean the difference between your client’s walking out the front door of the courthouse with you and that client’s being carried down to the lockup in shackles. At the same time, there is no doubt that getting it before the jury or judge requires an extraordinary evidentiary battle. Despite the numerous obstacles, occasionally you can prevail. It is worth the fight.”

There are many ways that polygraph has been used successfully in support of criminal defense by utilizing creative options such as:

Bench trials. The admissibility hearing, or even the evidentiary proffer, will be made to the judge who is to decide the merits of the case. Even if the evidence is not formally admitted, you will be better off with a fact-finder who is at least aware of its existence.

Bail. Evidence Rule 1101(d)(3) specifically provides that the rules of evidence do not apply to bail hearings, and 18 U.S.C..Â§ 3142(f) confirms that the ‘rules concerning admissibility of evidence in criminal trials do not apply to the presentation and consideration of information’ at a detention or release hearing. This conforms with the general practice in all jurisdictions to consider hearsay, proffers and other such matters at a bail hearing.

Sentencing. ‘The sentencing judge has the authority to consider a wide range of sources and types of information in determining a proper sentence.

Brady discovery. Several cases have addressed the issue whether the defense is entitled to discover the results of polygraph tests on government witnesses, predictably with mixed results. For example, in Carter v. Rafferty, a polygraph examiner’s report of the examination of the key government informant-witness against boxer Hurricane Carter was Brady impeachment material to which the defense was entitled to use in showing how the trial testimony developed. Once the test results are discovered, they can be useful in negotiation, in trying to get the results admitted formally, and in making use of the information for other creative approaches, to help in your defense efforts.

To show how the witness’s story developed. The fact that the polygraph was administered may be an admissible operative fact in showing why the witness changed his story, whether or not you may admit explicitly the test results.15Â The gist of the polygraph outcome will not likely be lost on the fact-finder, if the questioning of the witness is structured properly. If it helps your theory to show the witness was lying in the version he told the polygrapher, this can be an effective cross-examination.

Purposes other than to show directly the results of the test. Many of the above uses allow you to offer the polygraph results for some purpose other than to show that the test results indicate truth or deception. Even hostile courts seem more open to the notion of admitting polygraphs for some purpose arguably unrelated to the truthfulness of the test subject.25Â Think creatively to consider how the facts of your case can support such an argument for introduction of evidence of a polygraph test.

The fact you are here implies you may not have the complete truth you need to most effectively defend your client. We can help you get the information you need.

Why The Polygraph Examiner?

Don't Wait to Get The Truth